Hungry for Ghent is a project by two Ghent locals, Noël Callebaut and Dirk Holemans, who are crazy about their city. While walking, they tell how this great city in former times ― the 14th and the 19th century ― provided itself with food and drink. Without refrigerator or microwave. Discover what used to be on your plate.
Read more about the two walks.                       .

Hungry for Ghent, 14th century
How do you feed a city in times without a truck or fridge? That is what a look at Ghent teaches us, which in those days had to feed more than sixty thousand mouths. The city ensured food security by acquiring the monopoly on the grain trade, the famous staple right. Besides grain, you could also find fish from Denmark, beer from Germany, cheese and wine from France and prunes from Damascus. Because of the threat of shortages or spoilage, food was strictly regulated: who was allowed to sell which food, where and when. This organisation of the food system was closely linked to the guild system, a unique form of self-organisation of medieval townspeople. But food was always more than just the provision of food: it was just as much about power, lobbying, fighting for free trade or just for protectionism. Or how the Graslei and Korenlei were in fact the Manhattan of the Middle Ages. Welcome to the culinary-political era of the Van Eyck brothers.

Hungry for Ghent, 19th century
Ghent, the Manchester of the North: one more time, the glorious city amassed wealth and put itself on the map with its textile production. While in stately bourgeois houses the bourgeoisie enjoyed Cauderlier‘s dishes, a cup of chocolate milk and a delicious cigar from Java, people died of cholera and typhus in filthy bellies and malnutrition prevailed; the masses survived on bread and potatoes. In the pubs full of gin and stale beer, the songs of Karel Waeri resound as a breeding ground for a new idea: “Socialism”. Workers will take their fate back into their own hands.
On this walk, Dirk and Noël take you along to a Ghent full of challenges, class differences that are also noticeable on the plate, but they also tell you about ‘the improvement of Ghent’, the rise of the train and the appearance of public bathhouses. In short, another must for those who, like us, are ‘crazy about Ghent’.

Interested in taking a walk with us (in dutch only)? Check out the events calendar, the Facebook page Honger naar Gent or send an email to dirk.holemans@telenet.be. 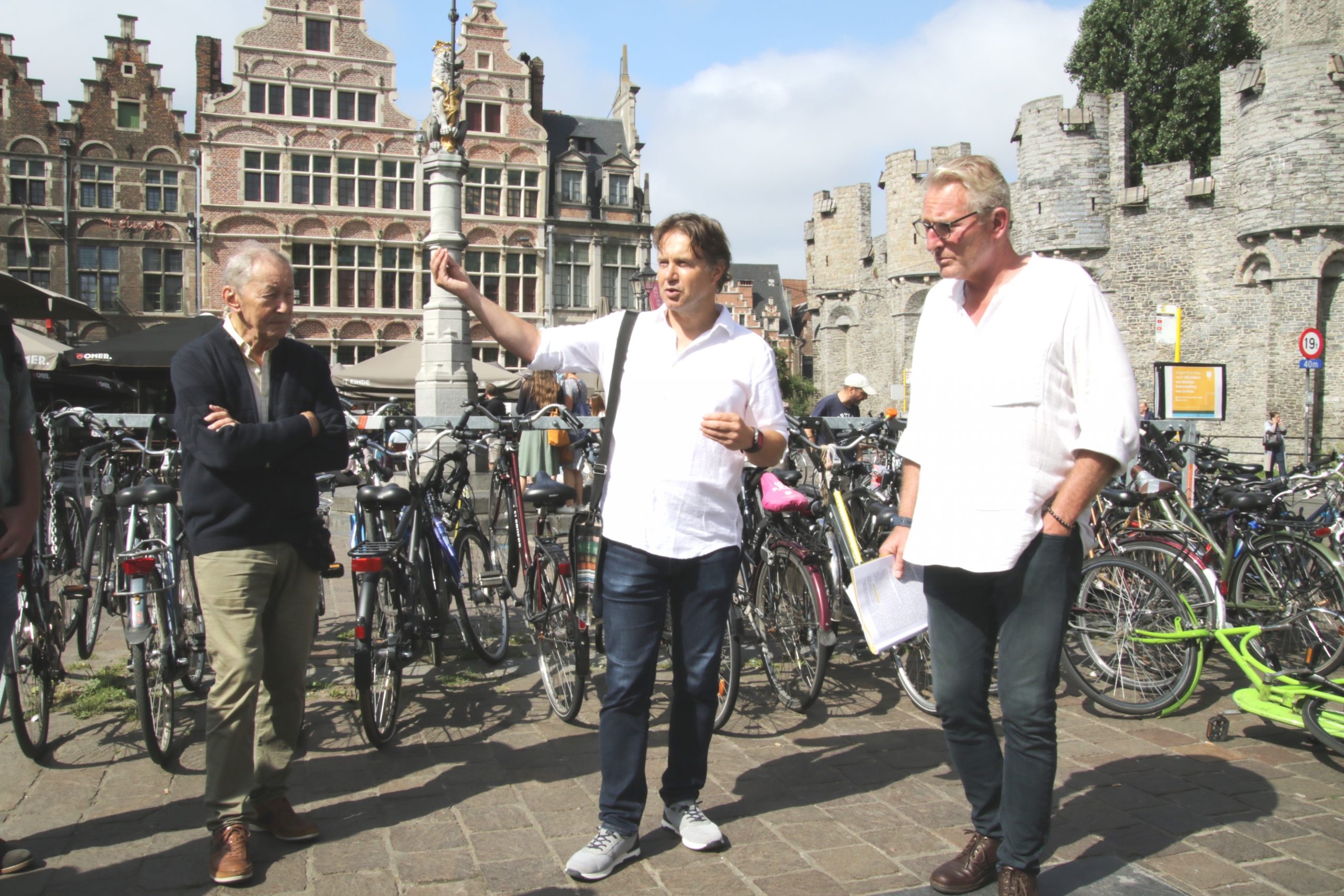