Resilience Under Shock: Time for a Paradigm Shift

Governments compete on the global market for medical equipment produced elsewhere. Squeezed public sectors are stretched beyond their limits and the social consequences of shutdowns reverberate across the world. The coronavirus crisis has fundamentally questioned how society should be organised to ensure health and wellbeing for all. Faced with a systemic shock, the guiding principle for recovery should be resilience. Dirk Holemans sets out what it means in practice.

Corona is a shock that we did not see coming, although it was written in the stars. New viruses, that research has linked to the destruction of natural areas, combined with an economic model that depends on global trade and travel, are just two problematic aspects of today’s world system. Add to this negligent governments; according to virologist Johan Neyts, this pandemic could have been prevented had governments invested in antivirals 10 years ago.

It’s time for a paradigm shift: from a sleepwalking society focused on profit, competition, and consumption, to a future-oriented one that prioritises investment, cooperation, and wellbeing. This transition is imperative to avoid what Naomi Klein describes as the “shock doctrine”. As she has observed, free-market neoliberals are always ready to use disasters to strip the state and further their own interests. This, in turn, makes our societies even more vulnerable to shocks.

In the knowledge that shocks still await us in terms of climate, biodiversity, and food supply, what would an emancipatory response to the coronavirus crisis look like? In this effort, the concept of “resilience” can serve as a guiding principle. What defines resilience? A system is resilient if it continues to function after a shock. Moreover, a resilient system avoids shocks as far as possible.

It’s time for a paradigm shift: from a sleepwalking society focused on profit, competition, and consumption, to a future-oriented one that prioritises investment, cooperation, and wellbeing.

Resilience is about more than simply being robust. It is about socio-ecological systems that are able to re-organise themselves without losing their function and structure. Although it’s not often recognised, our global society is a socio-ecological system. As the corona crisis has shown, all human activity depends on and influences natural systems. In this sense, nature has become an actor. It can no longer be conceived of as a static backdrop or a resource to exploit indefinitely. As French thinker Bruno Latour makes clear, nature and culture are intertwined and, thus, appreciating society’s co-dependent relationship with nature is part of achieving a resilient society.

A resilient system is one that is able to transform itself when circumstances change to continue to provide necessary services. Think, for example, of a river valley: new reservoirs absorb increased rains in the winter to prevent flooding, while in drier summers the same basins supply water for local food systems. Most importantly, a resilient system is one that anticipates proactively and does not resign itself to reacting to emerging events.

Resilience includes four components: short feedback loops, modularity, diversity, and social capital. The first term refers to how quickly we are confronted with the consequences of our actions. Short feedback loops are a problem for both tackling climate change and the spread of new diseases. In both of these cases, the period between the causal action and the effects is relatively large. Many people rightly wonder why our societies can react decisively in response to the coronavirus when we have failed to do so in the case of the climate crisis. The reality, however, is more complex. While we are reacting quickly to the health emergency, in essence, corona and the climate are consequences of the same economic system.

For both corona and climate change, the culprit is the growth-addicted economy that is penetrating deeper and deeper into nature to extract raw materials and exploit land. Cutting down forests for industrialised agriculture reduces habitats for animals, forcing them to seek food in human settlements. Parallel to the destruction of their ecosystems, bats in Asia and Africa are increasingly coming into contact with people. As the biologist Dirk Draulans points out, bats carry many viruses, to which they themselves are resistant. When bats come under stress through habitat destruction, the viral load in their bodies increases and they become more contagious. In short, an economic system based on expansion and eco-colonialism has been destroying nature for decades. But only now, due to slow feedback loops around the planet, are its harsh effects on health and the climate becoming clear.

Modularity highlights another fundamental problem of our society. A modular system consists of several subsystems that are not overly interconnected so as to be sufficiently autonomous. An economy based on global production chains in the hands of multinationals is precisely the opposite. Many Western countries are no longer even capable of making protective masks. China currently makes about half of the world’s masks: that is the opposite of modularity. Modularity implies that large quantities of masks should be produced in different, relatively separate places throughout the world. The US company 3M, known mainly for post-it notes but also a large producer of masks, has already shown that this is possible. When the economy globalised, 3M did not close down its parent company in the United States but rather built additional factories in China and South Korea. Each factory has its own supply chain, and the parent company also manufactures the components needed for protective masks. And although the three production units prefer to deliver to the regions where they are located, they also operate on the global market.

Autonomous modules also help ensure sufficient stock, a critical weakness of neoliberal economies fixated on cost reduction and profit maximisation. Yesterday’s warehouses have been replaced with trucks, planes, and container ships. This bufferless economy is extremely vulnerable when transport stops or borders close. In the face of the current crisis, it is worth remembering that although countries such as Belgium and France used to have strategic supplies of face masks, they phased them out due to austerity policies.

Increasing travel and transport also undermines modularity. If subsystems are too interconnected, a shock can easily travel through the entire system. A system with a high degree of modularity has more autonomous components, and a shock in one subsystem will do less damage to the others. The value of developing more autonomous circular economies, then, shouldn’t be underestimated.

The importance of diversity is known from agriculture: a farmer that only grows one crop is vulnerable to pests. The same logic can be applied to the economy: a single approach to wealth production – here the neoliberal global market-based approach – represents a monoculture with all the risks that entails. More support to ethical enterprises, such as energy cooperatives and self-harvest farms, can make economic diversity possible.

During spring 2020, many European governments are finding out what it means to depend on the global market. The Belgian government placed an order for protective masks but was forced to cancel it when the suppliers pushed up the price. The Dutch government sent a large supply of masks back to China as the poor quality would have put health workers in danger. In the meantime, in Brussels as in many cities, citizens are launching local initiatives to make high-quality masks. Fablabs are producing plastic face shields, otherwise unavailable on the world market. In many cases, increasing diversity means mobilising flexible production capacity. New machines such as 3D printers and powerful computers make this much more achievable today than it was 20 years ago.

The last component, social capital, is often forgotten. It concerns the social networks in our society and resources they can produce. Social capital is now proving enormously important: think of lonely seniors or the homeless. It stands for practical help as well as for values such as solidarity and participation. It is precisely this social capital that has come under tremendous pressure in recent decades, and it is now being rediscovered.

Let corona be a wake-up call that puts an end to sleepwalking.

The number of people that want to contribute during this corona crisis, as well as the range of initiatives, is overwhelming. In the United Kingdom, the National Health Service called for volunteers to help the country’s 1.5 million vulnerable people with underlying health problems. More than half a million people have already responded positively to the call; they will deliver medicines to homes, take patients to medical appointments, or simply pick up the phone to make sure they are OK. In Belgium, the Partago cooperative, a citizens’ electric car-sharing platform, is working with Food Teams, an initiative that organises groups of citizens to buy healthy food from local farmers. Partago and Food Teams launched a successful crowdfunding campaign that encouraged people to donate a fully charged electric battery to the volunteers who bring local and fresh products free of charge to the homes of care providers and aid workers.

Building these dimensions of resilience requires more than just changes at the margins. Global warming is accelerating and biodiversity is in freefall. Let corona be a wake-up call that puts an end to sleepwalking. This requires changes in our countries, in Europe and on a global scale. According to sociologist Dani Rodrick, a fully globalised economy does not go hand in hand with democratic politics and national sovereignty. Four decades of neoliberal globalisation have stripped the nation state of its substance and neglected democratic politics. Rodrick proposes a turnabout: a new focus on democratic politics and sovereignty (the EU can partly take over the role of nations here) to achieve a partial and democratic deglobalisation.

Deglobalisation does not have to stand in the way of the exchange of ideas and cooperation. Amid the ruins of war in 1944, the Allies concluded the Bretton Woods agreements to strictly regulate the world economy with a view to rapid reconstruction. Today’s multiple crises of corona, climate and biodiversity demand a socio-ecological regulation that can resurrect us from the ruins of neoliberal globalised capitalism. Securing a good life for all within planetary boundaries is well overdue. 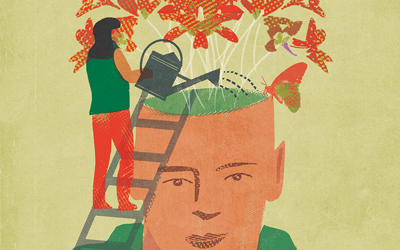